Special thanks to Kim Dami and Oh Sooyoung of Arirang News for setting up these interviews. Arirang TV is a great source to watch the Hanoi summit!

I’m interviewed in Mike Lee’s updated podcast series, “Countdown to Trump-Kim 2,” recorded last year, and the “bonus” episode is an interview with me. You can find it on iTunes. Mike was a long-time ABC News correspondent. Here’s his write-up on this podcast series:

Making sense of what happened, and did not happen, at the Trump-Kim Summit. In so many ways the Korean story is also an American story. The US has sacrificed tens of thousands of American lives in East Asia, from WW II through the Korean War. For over a 150 years America has tried – and is still trying – to influence events in Korea. Much of the how and why we got to the brink of nuclear war with a tiny nation in East Asia has not just taken place in the blue and white light of our TV and computer screens. Most of it is locked away in the hazy grey vault of history: All but forgotten momentous events, haphazard diplomacy, pure chance and insanely careless decisions have fallen to earth to form the jagged and unstable building blocks to the North Korean nuclear crisis. Former ABC News Correspondent Mike Lee brings you in-depth reporting on how, more than once, Korea was thrown under the bus by friends as well as enemies. Now is a crucial moment to better understand one of the most important stories of our time. The “Korea Story You Never Heard” is made for this moment. 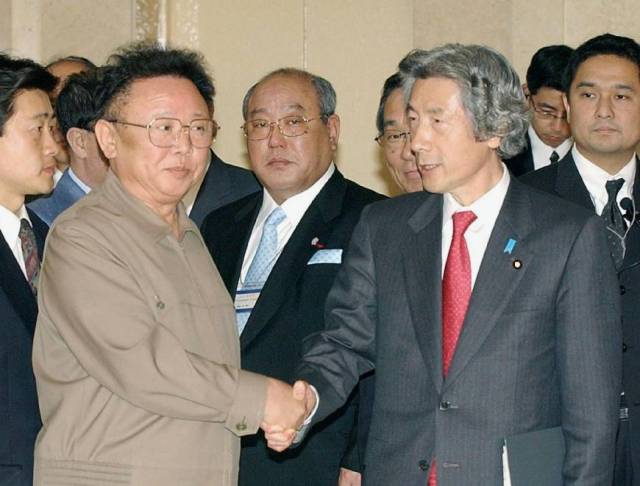 I finally got around to converting the DVD of my May 21, 2004 interview with CNN International on Japanese Prime Minister Koizumi’s second visit to North Korea (see photo above; his first was in 2002) to a digital file (itself converted from a low-res VHS tape they sent me). I got to use CNN’s (then) brand new studio at their New York headquarters at Columbus Circle. Here it is from 15 years ago (my segment begins 10 seconds into tape):

My 4:30 minute Feb. 5 interview on the BBC World Service’s “Newsday” program was on Wednesday’s visit by State Dept. Special Envoy to North Korea Stephen Biegun to meet with his counterpart in Pyongyang in preparation for the second Trump-Kim summit to take place in Vietnam by the end of the month. I also discuss a leaked confidential UN Security Council report on North Korean nuclear and missile programs. It aired at 2:06 am EST time. My segment begins shortly after the beginning of the audio link on this page:

A Blog of Unification Theological Seminary

The latest news on WordPress.com and the WordPress community.